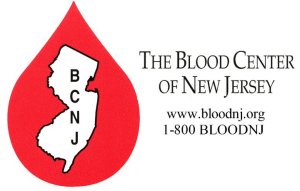 I was pretty impressed with my hemoglobin count.  Wow.  Last year it was at a high of 14.0, this year I’m not eating a lot of red meat, which is what they say is the best source of iron and for donating.  Red meat is starting to disagree with me, so I’ve drastically cut it down.   I think the only red meat I’ve had in the past few months was one hamburger this past Sunday.  Still, I’m not saying that it’s the best thing to do; not even sure that it’s the best thing for me, but it is what it is.

So, I got to Rahway Hospital, otherwise known as Robert Wood Johnson University Hospital.  I really dislike it when they change the name of hospitals.  My husband was born at RAHWAY hospital. I know, I’m being irrational but there is so much history there and they go and change the name.  I digress…

Anyway, got there early and headed for the cafeteria for the Seattle’s Best coffee they serve there.  What I should have done was have something to eat (and you’ll see why), but I only had 15-20 minutes until my appointment.  They also have free wifi, and I’ve been known to publish posts while sitting right there.  Getting there early allows my body a chance to settle from the drive, as well.  I’ve been rejected from donating before because of my temperature being a little elevated.  By the way, having coffee right before having your temperature taken does not help at all.  Luckily, I brought from home a large water bottle of iced tea I started to guzzle when the technician reminded me that hot coffee = a no no.  Yes, I was being difficult.  Apparently, a lot of donors were being “difficult” that day.  At least she was laughing.

Everything seemed as normal as I remembered it, and I was able to give double units of platelets.  What I didn’t realize is that because it was approximately  a year since my last platelet donation, this time was like my first.  The body sort of gets used to it with time, and by that I mean this:  Your initial donation usually has, um, side effects, and everyone is different in this.  The most common thing to happen while undergoing the procedure is a tingly feeling in your lips and face.  For this, they give you TUMS, calcium supplements, which really does alleviate that feeling.  When donating, they use an anticoagulant such as sodium citrate.  A very good post with information is here.  I had a very good  phlebotomist this time and was reminded of the time at a different hospital when the phleb. messed up both of my arms and I could not donate at all that day… got me really mad because it was quite a drive for me during the end of the day commute craziness.

Everything went along pretty normal, and I went straight home.  Don’t think that after this you can go on ahead to a lively evening of fun, or even of just being out.  Again, everyone is different, but I get very tired and need to rest for the rest of the night.  What was different for me this time was that I really got sick.  I can’t say I was dizzy, but I was nauseous and had a headache to the point that I thought I was going to toss whatever cookies I had in me, but didn’t.  This persisted on into the next day (yesterday) and again, this morning still had a slight headache, but a cup of coffee fixed that right up.  Now, I don’t want this to discourage anyone from donating component blood, but I felt I should document it here because I really think that it’s due to the possibility I didn’t eat well enough before my donation.  Like I said before, I’ve not been eating a lot of red meat lately and for lunch, the meal right before my donation, I just had chicken soup and soy nougats that are supposed to have a lot of protein in them.  So, I don’t know.  Afterwards, I was so nauseous that I couldn’t bring myself to eat anything.  So maybe this should be the “CAUTION” paragraph.  Please make sure that you prepare yourself properly before a donation of platelets, or any component blood.  For whole blood they just tell you to drink a lot, and that’s important for platelets, too; but maybe because this procedure is much more involved that we need to be aware of and do more for ourselves, and for our own good.  Don’t act tough.  Don’t act stupid.  Taking care of yourself is cool.  Taking care of yourself is the most important thing you could do.

The following has not been researched:  Okay, something else I learned yesterday which was a shock; and this applies to all women out there.  I found out that if you’re not an already established platelet donor, all women are rejected from donating.  Something about what women carry and are transmitting to recipients of, I think, just platelets but really not sure.  The tech really didn’t explain it very well, so if anyone knows, please, PLEASE, let me know.  I tried to do a search, but so far getting just articles about the normal reasons women (or anyone) can’t donate like if you’ve gotten a tattoo in the last 12 months, or if you’re pregnant, or if you’ve been out of the county… etc.  You know, I don’t get the pregnancy part.  I’ve been pregnant and they still take me, albeit because I’m an established donor, but then the reasons a woman who’s been pregnant can’t give ARE pregnancy related.  Again, the content of this paragraph has not been researched…. yet.

2 thoughts on “My Apheresis Donation”