Tell us about the farthest you’ve ever traveled from home.

This story would be exclusively from memory when I was five years old and from one very clear in my mind image of a photo that was taken during that trip.  Otherwise, I’ve spent my life in NYC and Central NJ and have never traveled anywhere to speak of, aside from sort of local family day trips during the summers while growing up.  So, I’ve never thought of myself as a traveler, though I long to see more of these United States and Australia, Austria, Iceland, Alaska, and well, get the picture?  I’ve no desire to see foreign urban areas.  I long to see the majesty and beauty of this planet.  Oh man, especially the glaciers while they still exist.

All I remember from my “big” trip is that one day we (my sister and I) were told to get into my mothers’ aunts’ car and we all started out for California…. without my dad because he had to work.  It took us seven days to drive there with my two aunts driving, but not sure if my mother drove.   I remember my sister and I playing with those slide puzzles we got at rest stops and mine was a line drawing map of the Continental United States.  Of course I mastered that sucker right away!

I remember playing with that “Wooly Willy” man game where you used a magnet wand and created and placed the “hair” on Willy.  That was fun.  I remember stopping at various places to stay for overnight.  One was somebody’s house.  I remember my sister and I being left alone while the adults conversed outside.  I did not like that feeling of being left alone in a strange place and could not sleep… and this is how it was for the seven days of traveling.

When we finally arrived at our destination, a home in San Francisco, CA.  I was terribly shy and didn’t know these people, but they were my mom’s aunts and uncles.  I remember they had gifts for my sister and I.  One I can remember is almost exact same dolls, but one was blonde (and white), while the other had black hair and dark skin.  Ugh.  They thought that they were treating us equal.  I have very fair skin and my sister took after the Mediterranean side of the family.  This is how it always happened.  My parents had the urge to get the same item for us, but the difference was always either the hair or the skin… or like one Christmas it was a blonde PJ (cousin of Barbie) and Julia. 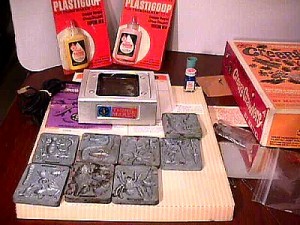 My Creepy Crawlers to my sister’s Flowers and Things, those toys that created things like bugs and flowers.  You poured the goop into metal molds, then “cooked” it all up in tiny ovens (mom/dad supervised).  Anyway, I remember these dolls were very tall and they “walked” if you held their hands and sort of pushed them along.

There was a picture taken by our uncle out there, and I remember it vividly.  My sister and I sitting on a stoop outside, each of us holding a Sequoia pine cone.  I remember:  Tremendous.  So big, or so I thought, that I thought that I hid myself behind it as I hated to take pictures because I thought I was too fat.  Ugh.  I look at this picture now, and think I was definitely NOT even a bit chubby.  Just WHERE did I get that idea in my head?  I know, now, but that story doesn’t belong here.  I look at that picture and don’t see any evidence at all in my face of the turmoil I was experiencing… sigh. 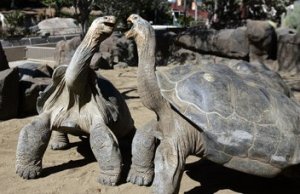 I also remember going to the San Diego Zoo.  I remember my sister and I sitting on a big boulder…… YEAH, that started moving!  It was a gigantic tortoise!  Might have been a Galápagos tortie, but not sure… but it was HUGE~!

I guess that’s it.  The next time I traveled was on my honeymoon when we took Amtrak down to Florida to visit more family.  We had a sleeper car and that was an adventure unto itself!  A couple of years ago, we again took the sleeper car but with our six year old son to visit the same relatives, but that was a different adventure.  He loved it.